I can safely say that the anecdotal evidence seems strong that for many Blacks across America, the “Free OJ” mantra never was really about any particular fondness or love for Orenthal James Simpson, what with “The Juice” having entered the “Sunken Place” as popularized by this year’s smash horror movie, “Get Out,” a long time ago.  Yes, it seems that this misguided Brother lived in a false reality in which he truly believed his oft stated claim of “I’m not Black–I’m OJ.”  So no, when OJ was acquitted of the double murder of his ex-wife Nicole Simpson and Ron Goldman in 1995, many Black Americans were simply overjoyed that for once, the “justice” system and “reasonable doubt” worked on behalf of a Black man accused of a heinous crime–period!

It was clear to me yesterday while watching OJ Simpson’s nationally televised parole hearing that 22 years later, many Whites across America are still pissed off that OJ was acquitted of double murder. As I sat and watched CNN Legal Analyst Jeff Toobin and other White talking heads discuss the “mountain of evidence” yesterday, it was like I had been placed in a time warp to witness the palpable White anger that Simpson was free because of race (a predominantly Black jury) and nothing else.

Indeed, so many White Americans, including some of my dearest acquaintances, friends and even a few lawyer colleagues remain in denial that:

1) OJ was a 47-year-old, light-skinned black male with arthritic knees and a bad back; if Ron Goldman, a 28-year-old third degree Black Belt in Karate, put up the fight that medical examiners on both sides claimed that he did, there is no way in Hell that Simpson walked away from that scrap with no deep bruises or injuries to his fists, face, or torso

2) That there is no way that OJ’s arthritic self could have committed these murders and been around all of that blood and his Ford Bronco not have a deluge of blood everywhere, not just a splatter or two

3) That police officers are capable of planting evidence (blood) when they want to score a major victory over one deemed an uppity Black man, no matter how race neutral a delusional OJ considered himself to be back then.

Oh, and lest Toobin and the other talking heads who have tried few to no murder cases choose to forget that OJ did not “introduce race” into the case, lead Detective Mark Fuhrman did that when he lied about using the word “nigger” repeatedly to describe his brutal methods of apprehending Black suspects.

Understanding these realities, I could only shake my head in disgust as I watched the recrudescence of legal analyst tears flowing about a now 70-year-old OJ who many still deem a danger to society writ large. Which disturbs me on many levels as it is clear that many of the same ones who are mad that Simpson will be free come October 1st and consider such a miscarriage of justice, shrug their shoulders not only at the fact that OJ never should have spent nine years locked up on a case where his culpability was minimal, but they also stand curiously silent whenever I and other Black legal analysts, pundits and scholars remind “‘Murica” about:

The Original Sin of Slavery, and all of the Black men, women and children who were beaten, raped, tortured, bred and sold like livestock and killed with impunity by the white slave ship captains and “owners” in America:

Or the thousands of Black men, women and children lynched publically by White mobs post-slavery all the way up to the late 1960s:

Or less than an hour from where I live, the gruesome lynching of Claude Neal in Marianna, Florida where a White mob numbering in the thousands sodomized, castrated, shot and burned him alive before leaving his lifeless corpse near the courthouse downtown:

Or in more recent years, the scores of umarmed Black men, women and children killed by police officers, including Eric Garner, Alton Sterling and Philando Castile pictured below—only to be met with “Blue Lives Matter” and “All Lives Matter” retorts from many of the same folks who are still mad at OJ: 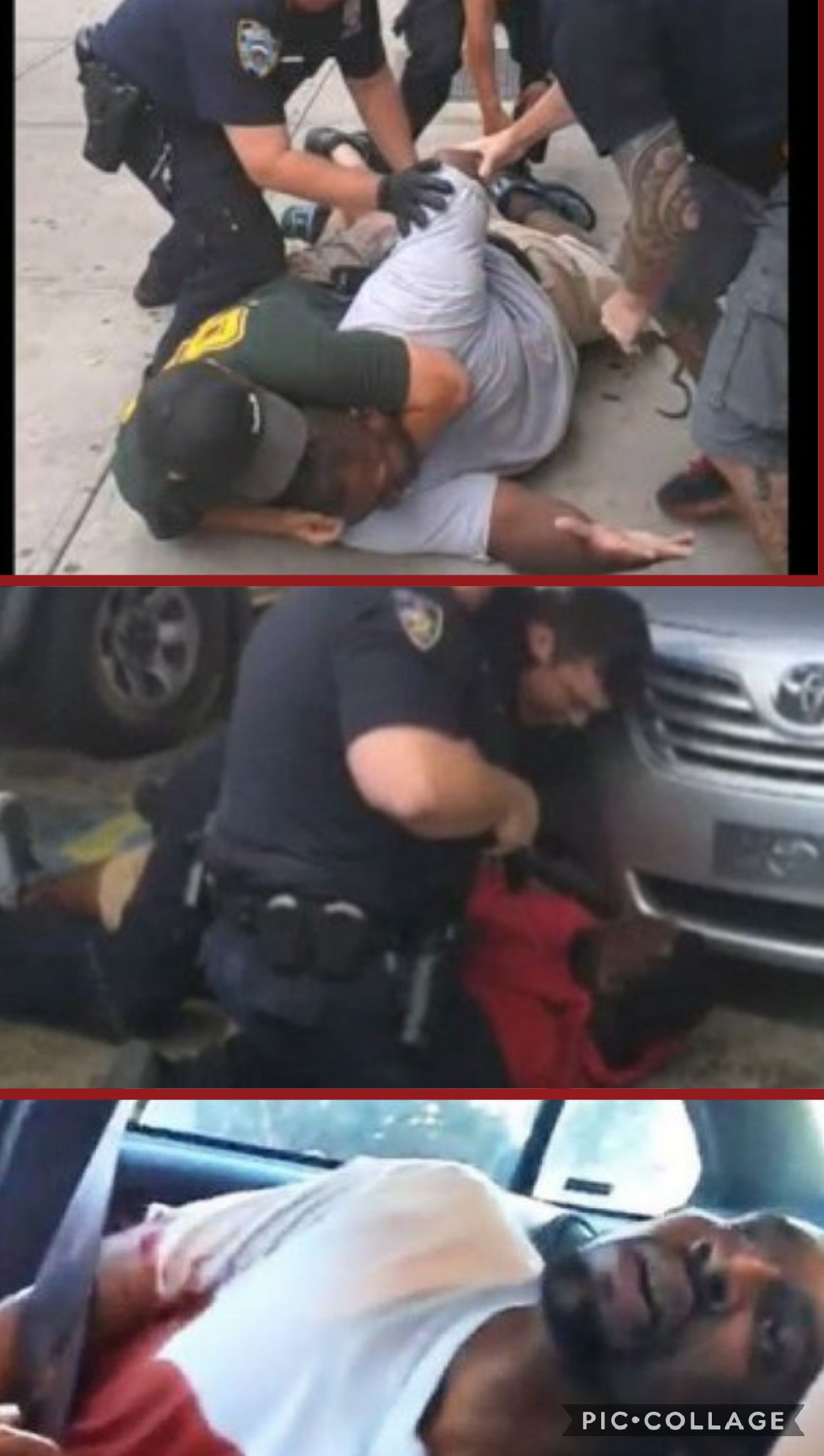 Or, to send the not so subtle message about authority, they leave the lifeless Black body out to rot in the sun for hours, like the late Mike Brown, 18, of Ferguson, Missouri:

As for OJ, while he may be confused about who he is–that Sunken Place is no damn joke—most Black folks that I know are not confused and we recognize that OJ is Black symbolically even if he does not recognize it in a very literal sense. Heck, even when he won back in ’95, his brilliant Black lawyer Johnnie Cochran, depicted below embracing him immediately post verdict, showed love for The Juice while one of his White lawyers that got paid millions, Bob Shapiro (pictured to the right), is seen with the bitter beer face, all the while plotting to introduce the “race card” phrase into the American English lexicon when interviewed later that day out of jealousy of Cochran and on some level, his own personal belief, like a Quisling in the midst, that his client was guilty.

In conclusion, The Juice soon will be loose again, free to spend time with his family, free to chase 20 something year old young women again, and free to golf all day to his heart’s content. But Juice will remain a pariah, which is a Hell on Earth if you will for a man who judging from his incessant chatter and grinning during the parole hearing, clearly still wants to be liked by the very folks who despise him the most. But those who so despise can miss me with all of the “miscarriage of justice” mess so long as they continue to stand mute or defiant about the injustices past and present that have been inflicted on Blacks in America.