For the second year in a row, I have attended back-to-back Homecoming weeks at my undergraduate and graduate school alma maters, Morehouse College and Florida A&M University, respectively. As the recovery process for this 45-year-old body begins in earnest, I offer a few observations:

*As I parked my whip off of Fair Street yesterday, in true “Welcome to Atlanta” form, a few, let’s just call them “neighborhood folks,” were trying to hustle money for “parking fees” on the public street. One particularly gregarious fellow asked if I had some “spare change” and because the older, kinder and gentler Hobbs did not wanna go all Robin Harris on him and promise a “spare ass whoopin’,” I somewhat facetiously told the brother that I did not have cash on me (truth) and asked whether he could take a credit card. He laughed and then noticed me wearing some Kappa Alpha Psi ‘nalia and said “you a Nupe, big man, so Imma make sure nobody touches your truck if you can help me out,” so I promised to bring a little token back after the turn-up. True to my word, I hit the Wells-Fargo ATM on campus (these young Men of Morehouse don’t know the struggle of having to walk a mile, uphill, in the snow, rain or oppressive heat, just to get money from your bank branch in West End), but by the time I got back seven hours later at dusk, the brother was nowhere to be found to receive his token of my appreciation. My whip, however, was in place and in good condition! 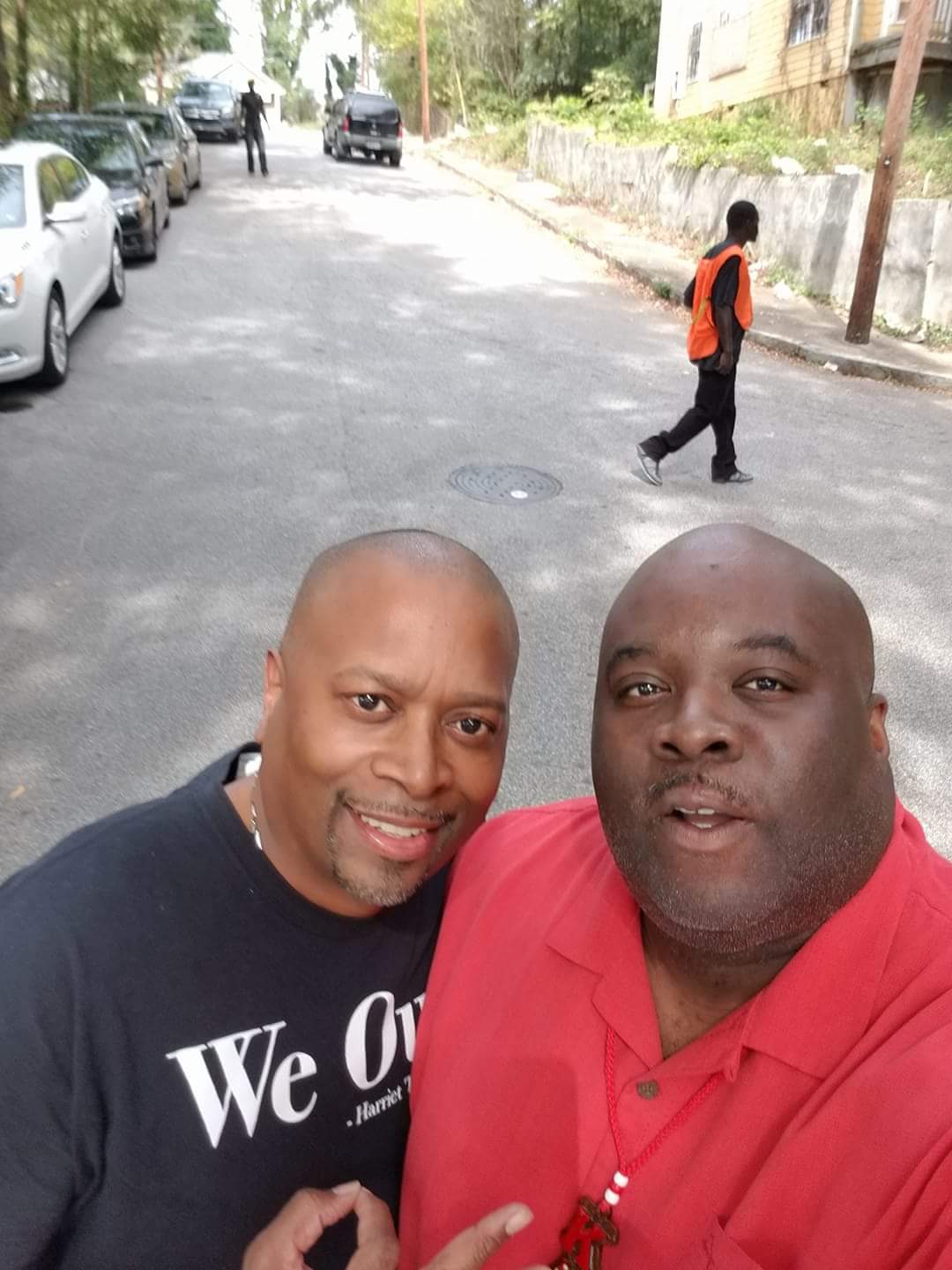 *No matter how many of your friends or fraternity and Masonic brothers that you see, when you check out your social media timelines, you realize that there are countless others that you missed–see you next year…maybe…if the crowd density allows us to be great and greet…

* Speaking of crowd density, once again the swarm was real; there were areas so densely packed in that almost 80 degree heat that for a brief second, I imagined that this is what it must have felt like to be on the Amistad or some other slave ship–God forbid. In addition to the density, the smells were an amalgamation of fried fish, shrimp and conch, with a side of weed and cigar smoke; turkey legs, sausages, and ribs with more weed and cigar smoke; top shelf liquors of every variety imaginable and yet more weed and cigar smoke; vomit and urine (in some spots) with more weed and cigar smoke than my older lungs can take. The EMTs were rolling a few folks out in ambulances–the turn-up was too real!  Truly, I felt so sorry for the small kids that were suffering in that heat, humidity and haze of smells that gave me at least three or four contact buzzes. Fortunately, I rolled hard with my old quiz bowl teammates Dr. John Harkless, a chemistry professor at Howard University, and Sho Watson, a fellow trial lawyer, and both reminded their old friend “Iron Guts” Hobbs to chase every three or four shots of straight Jack Daniels with iced water. My body is grateful, LOL! 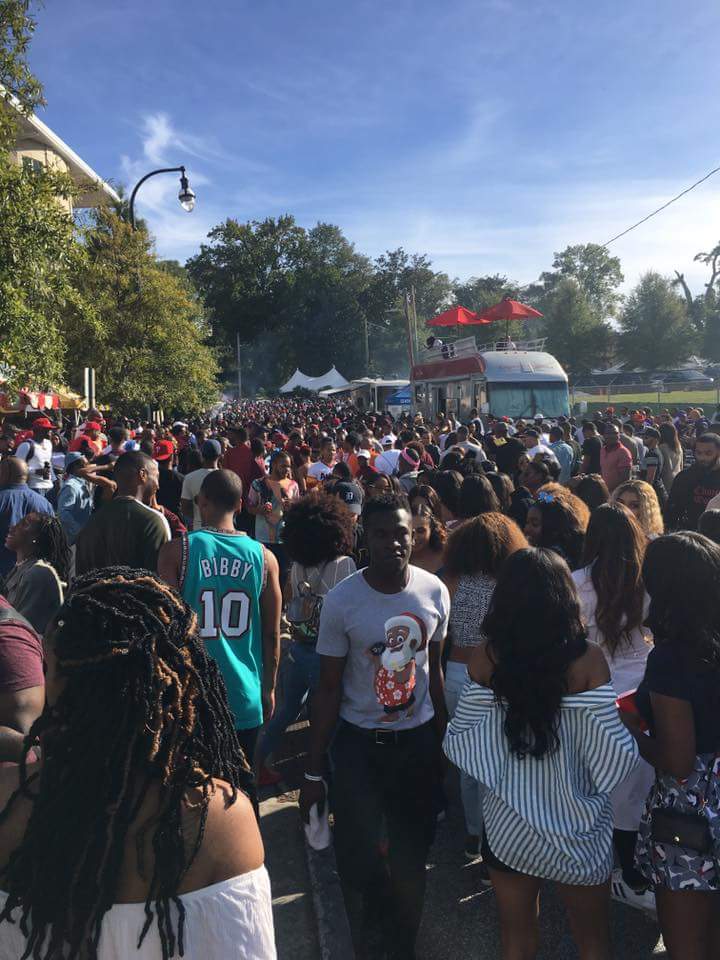 * The Bacchanalian activities aside, one of THE greatest aspects of being a Morehouse Man is that with few exceptions, everyone is very well read and highly opinionated. The saying “you can always tell a Morehouse Man but you can’t tell him much” was meant as a pejorative diss, but we embrace it and wear it like a badge of honor. Ditto for our erudite sisters and brothers at Spelman, Clark and Morris Brown. During our school days, we would drink MD 20/20, Old English 800 and Schlitz Malt Liquor and whatnot while talking all day and night about political and social issues. As graduates, we now sip top shelf liquors and still talk all day and night about political and social issues. In that vein, I was so very humbled to have so many Brothers and Sisters tell me that they read Hobbservation Point, my social media posts and my articles in The Hill and Grio. The support and encouragement from so many brilliant and thoughtful people means a lot to Ol’ Hobbs, for real!

*Speaking of my brilliant friends, those who follow me on social media will know that I often post titles/job/business descriptions when discussing or posting pictures of my friends and frat. My doctor went to FAMU and Meherry Med, my dentist went to FAMU and Meherry Dental School, and my tax lawyer started her legal career at FAMU Law before eventually earning a master’s in taxation from Georgetown–each Black, and each a woman. This is not to “humble brag,” (an oxymoron if ever there was one). No, I do so to highlight the talent, skills, and passions of people who are excelling greatly in their professional lives.

There is nothing like seeing literally thousands of Black doctors, nurses, dentists, lawyers, preachers, teachers, college administrators/professors, coaches, bankers, insurance executives, Fortune 500 top-level execs, filmmakers, musicians, event planners, political leaders, architects, builders, engineers, and entrepreneurs of all sorts wearing their school colors or fraternity/sorority paraphernalia and having a ball while eating their barbecue and seafood and listening to Old School Hip-Hop and R&B as spun by legendary DJ’s like my Morehouse classmate and Frat Brother Toron “DJ Tron” Roberts.  It is a shame that the same major media outlets that rush to cover degenerate acts among Blacks who are mired in poverty are nowhere to be found when it comes to covering Black excellence at its finest. That is why the late Supreme Court Justice Antonin Scalia could pop off about “Slow Track Blacks” during oral arguments about Affirmative Action a few years ago, or y’alls president, Donald Trump, a man who is so slow with his “Hooked on Phonics” and “So, your baby can read” needing self can smear all Blacks, check that, “The African-Americans,” about our inner city “war zones” as if such is the norm and not the exception–all because the media fail to show those Black achievers who are the norm for me and mine. 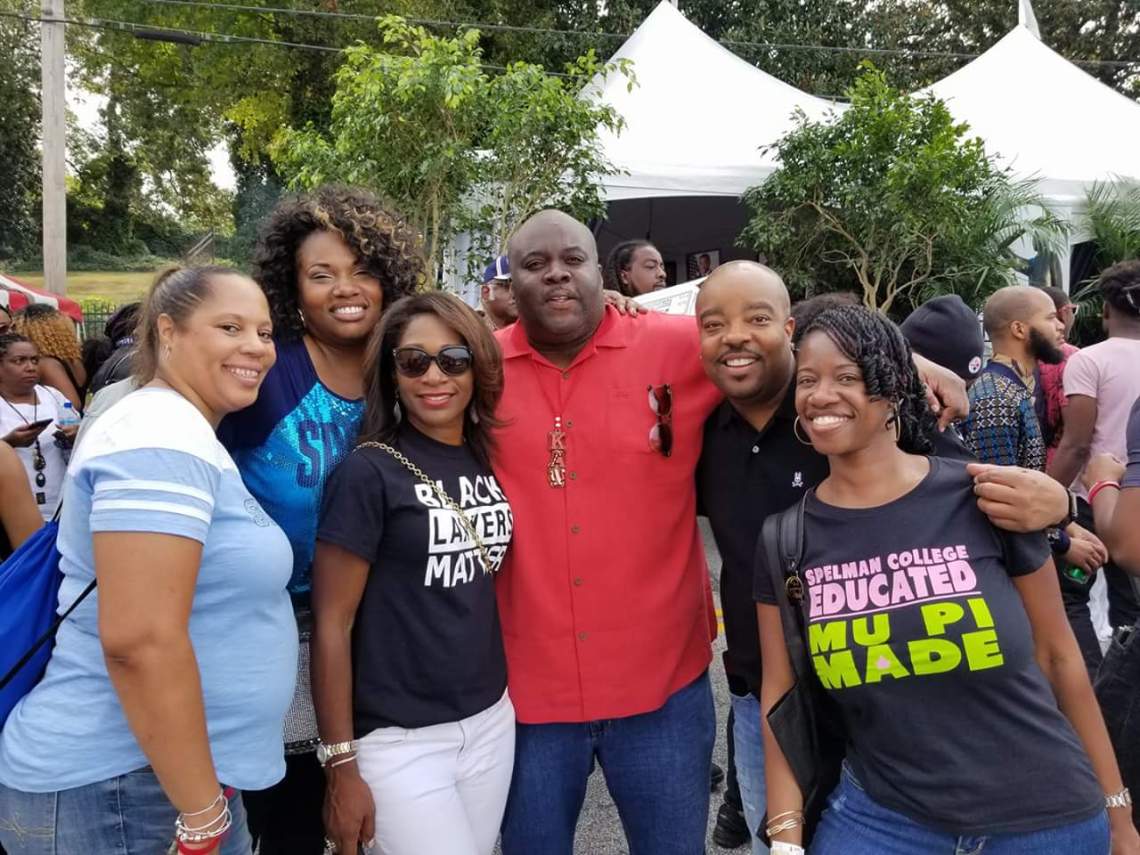 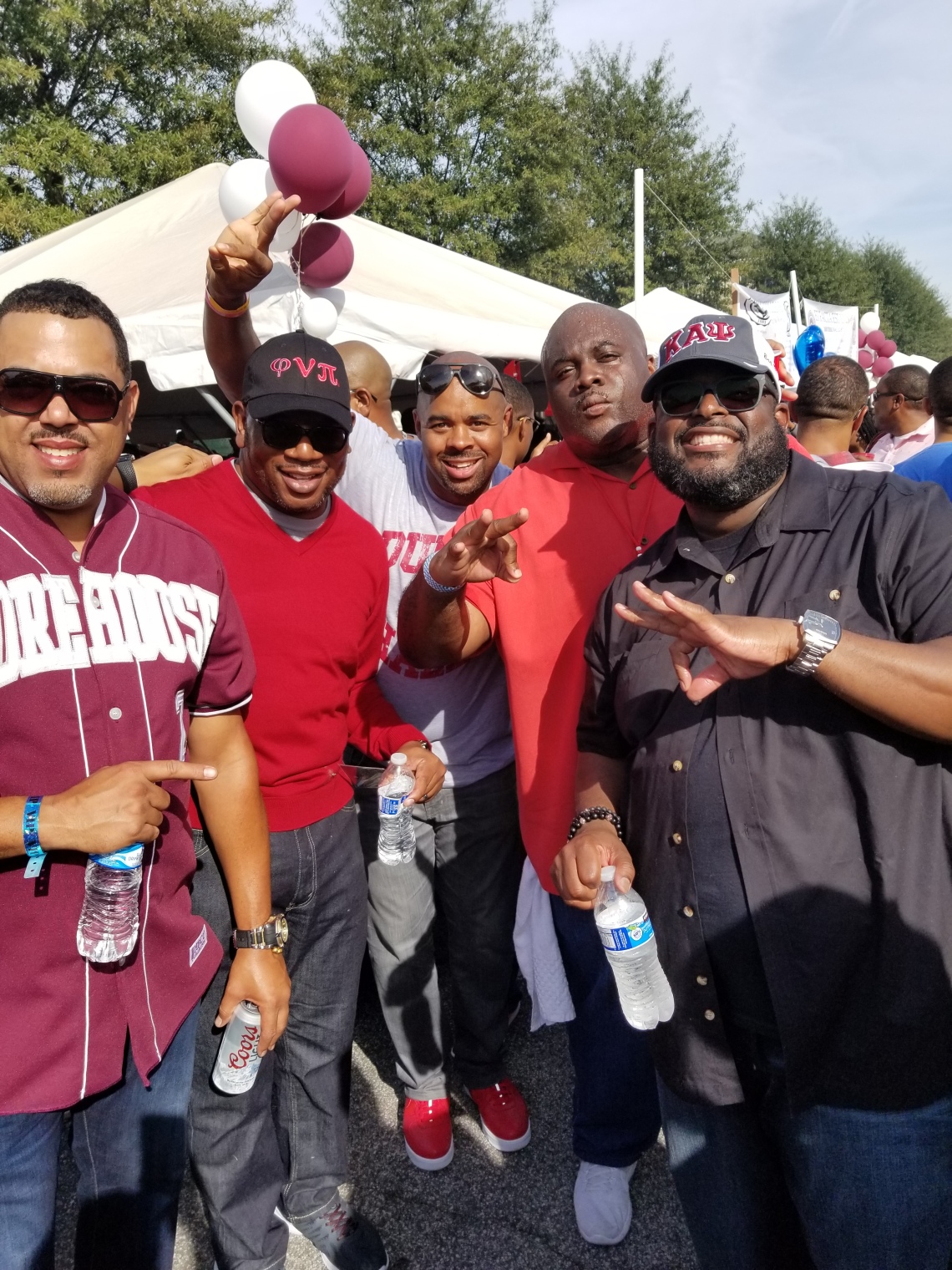 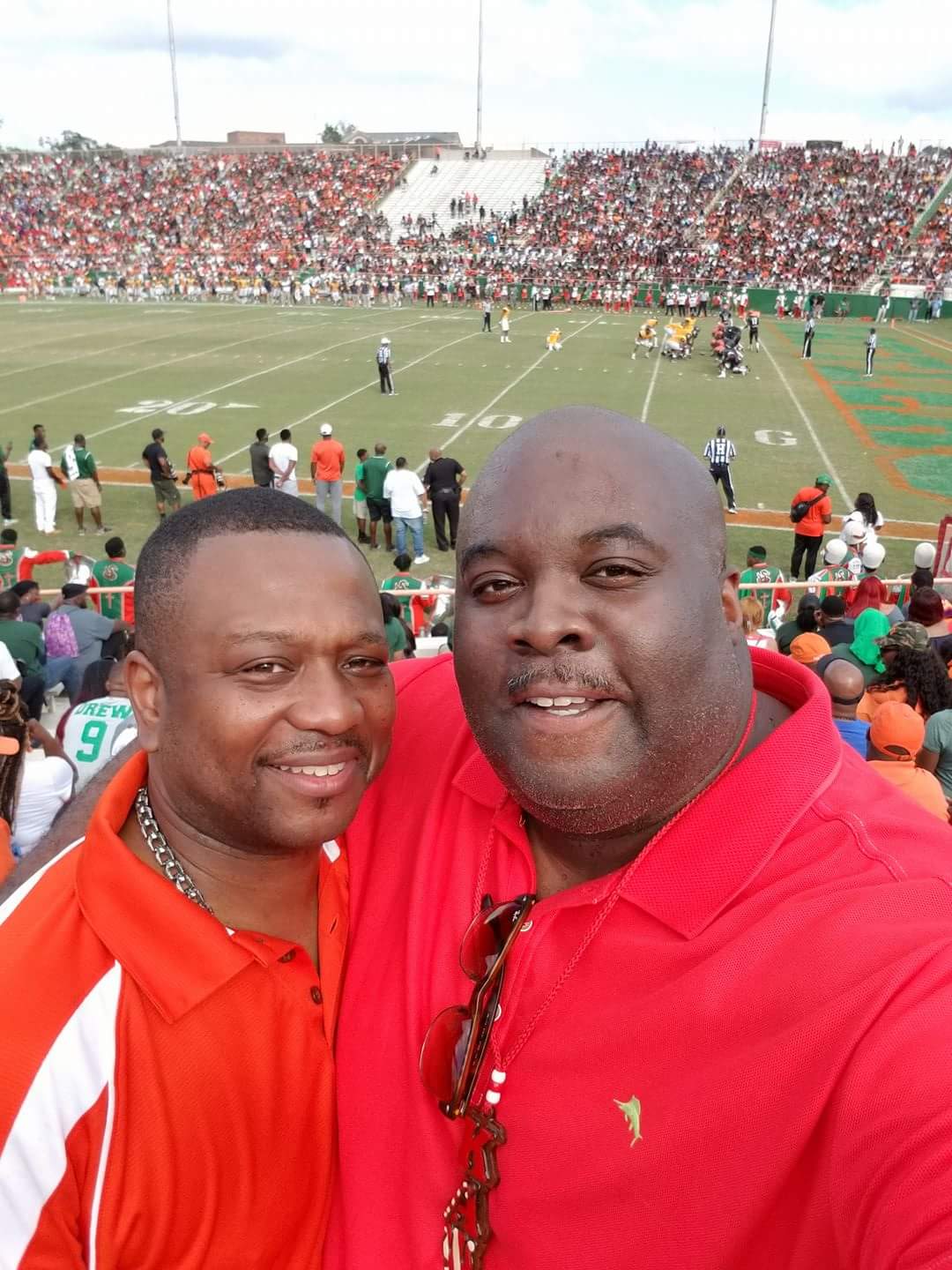 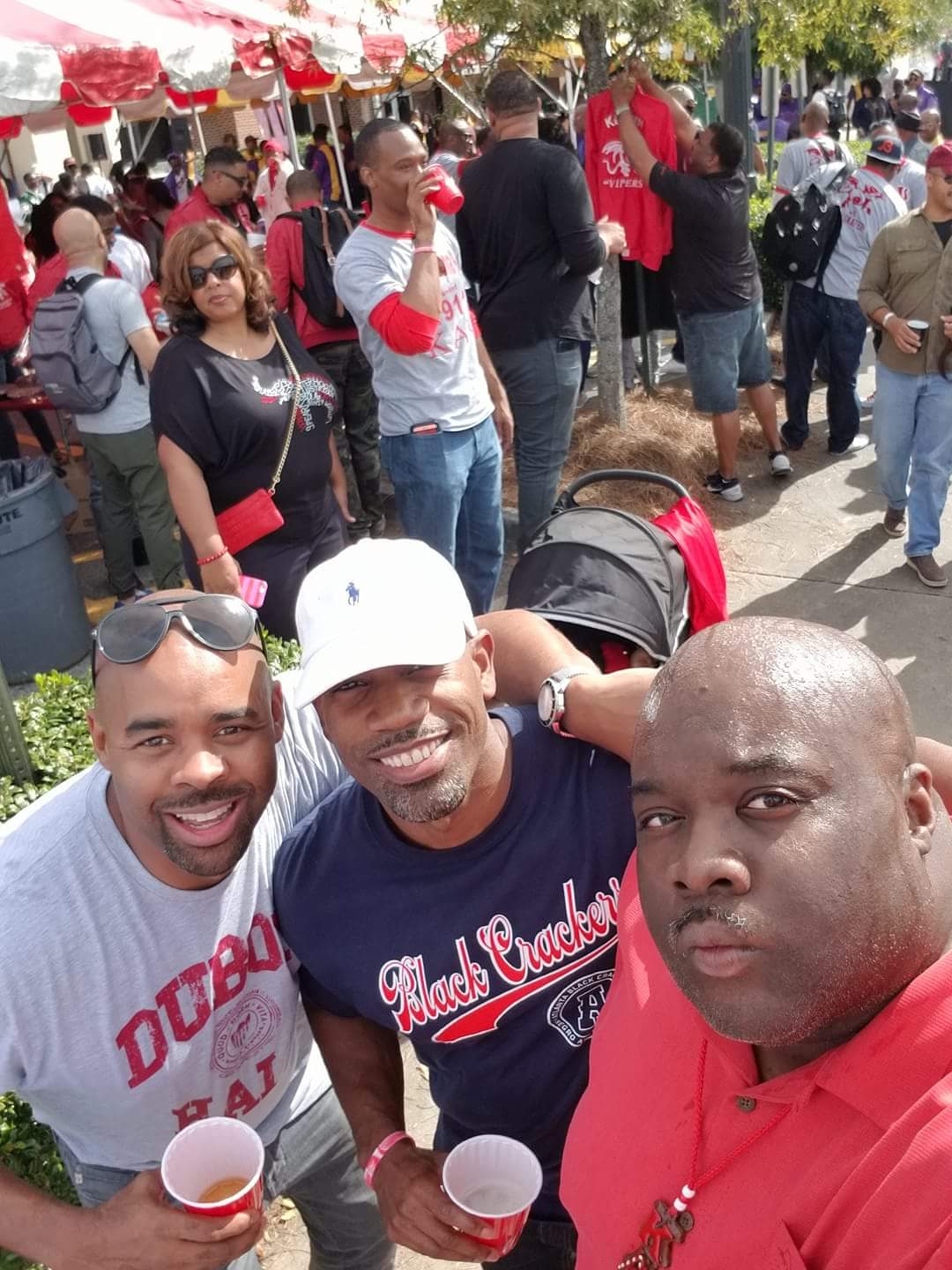 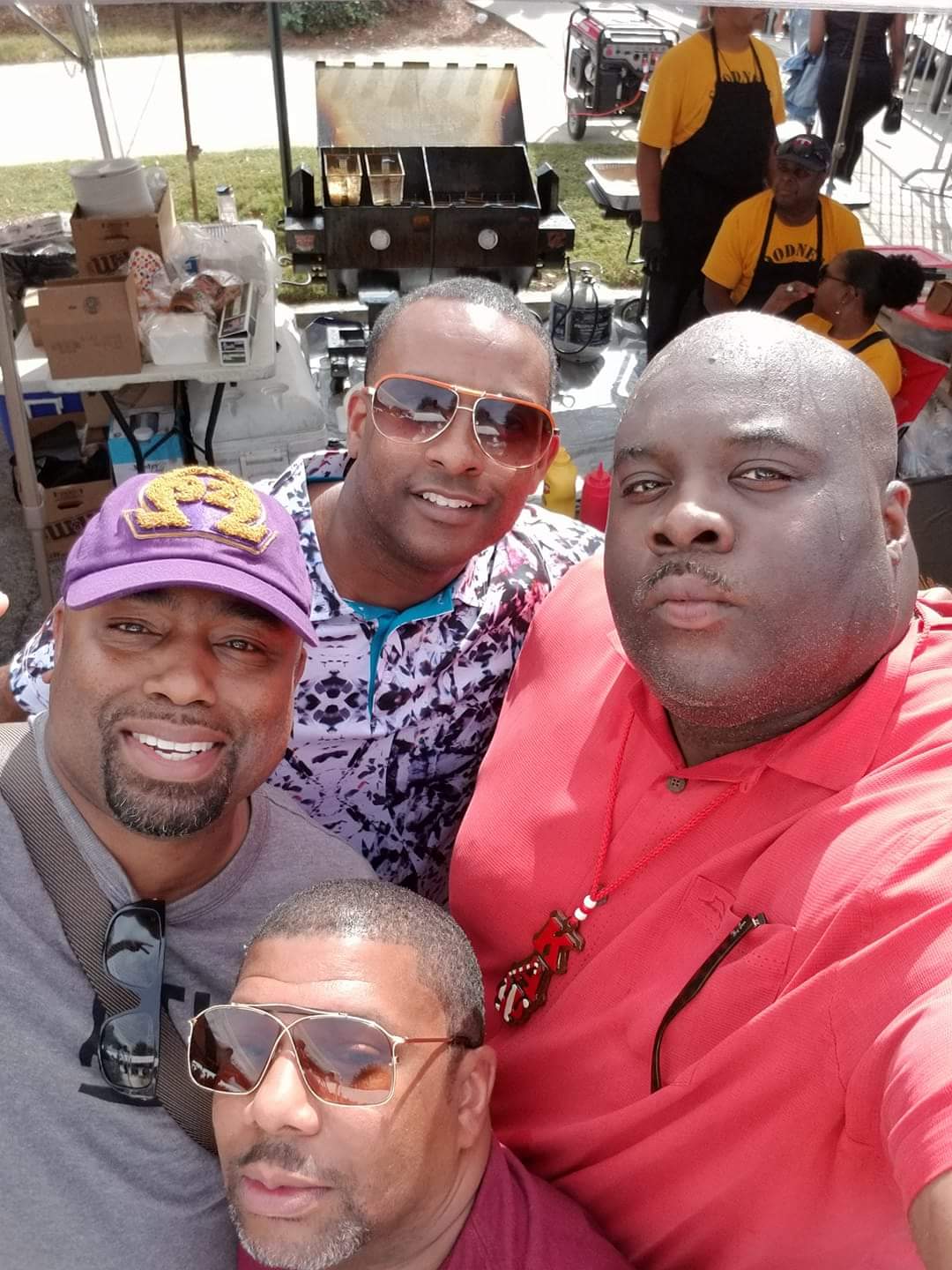 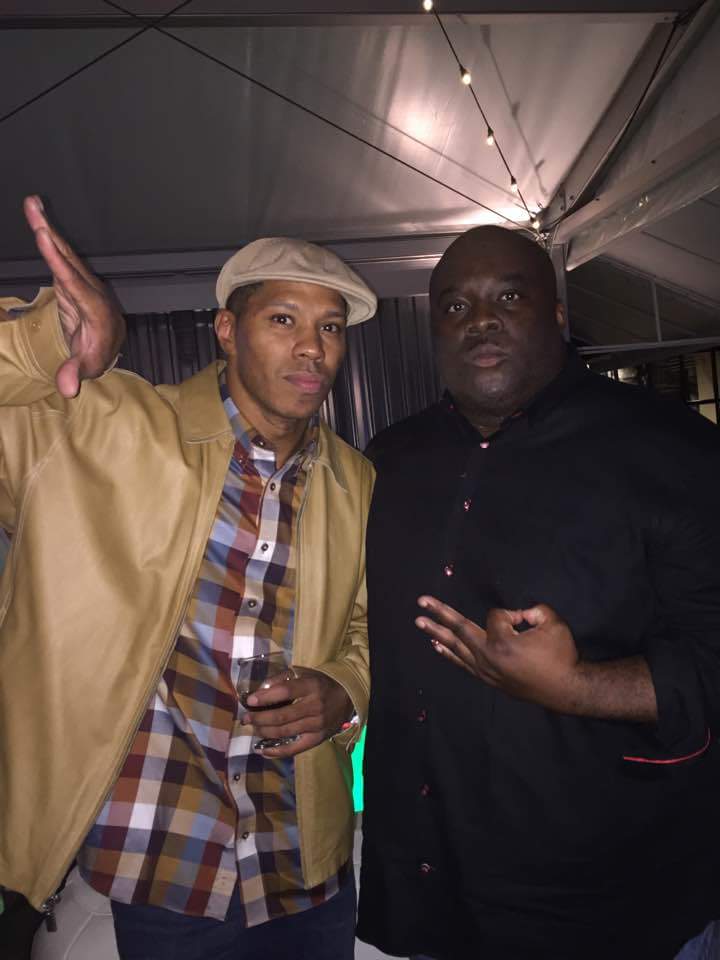 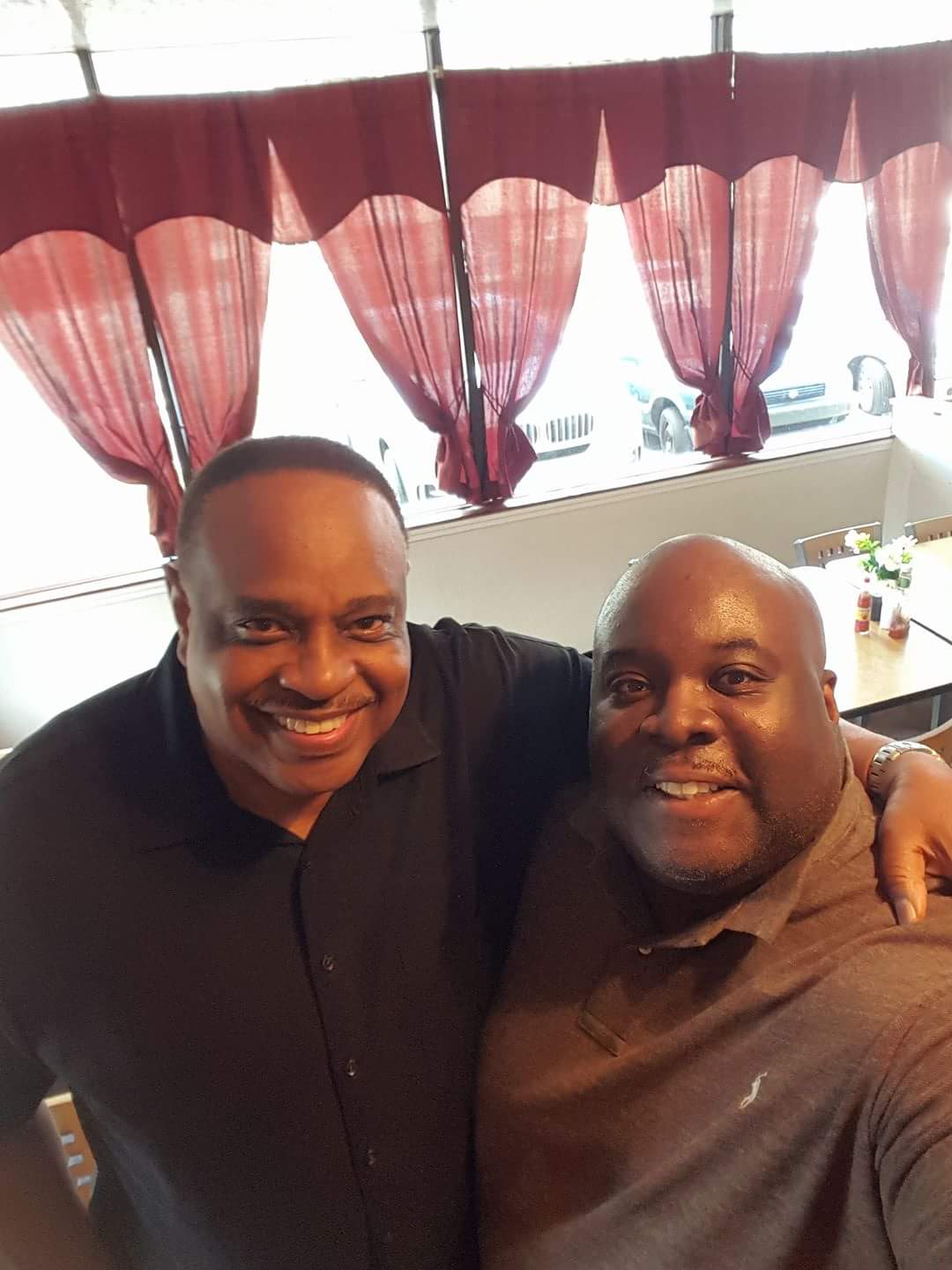 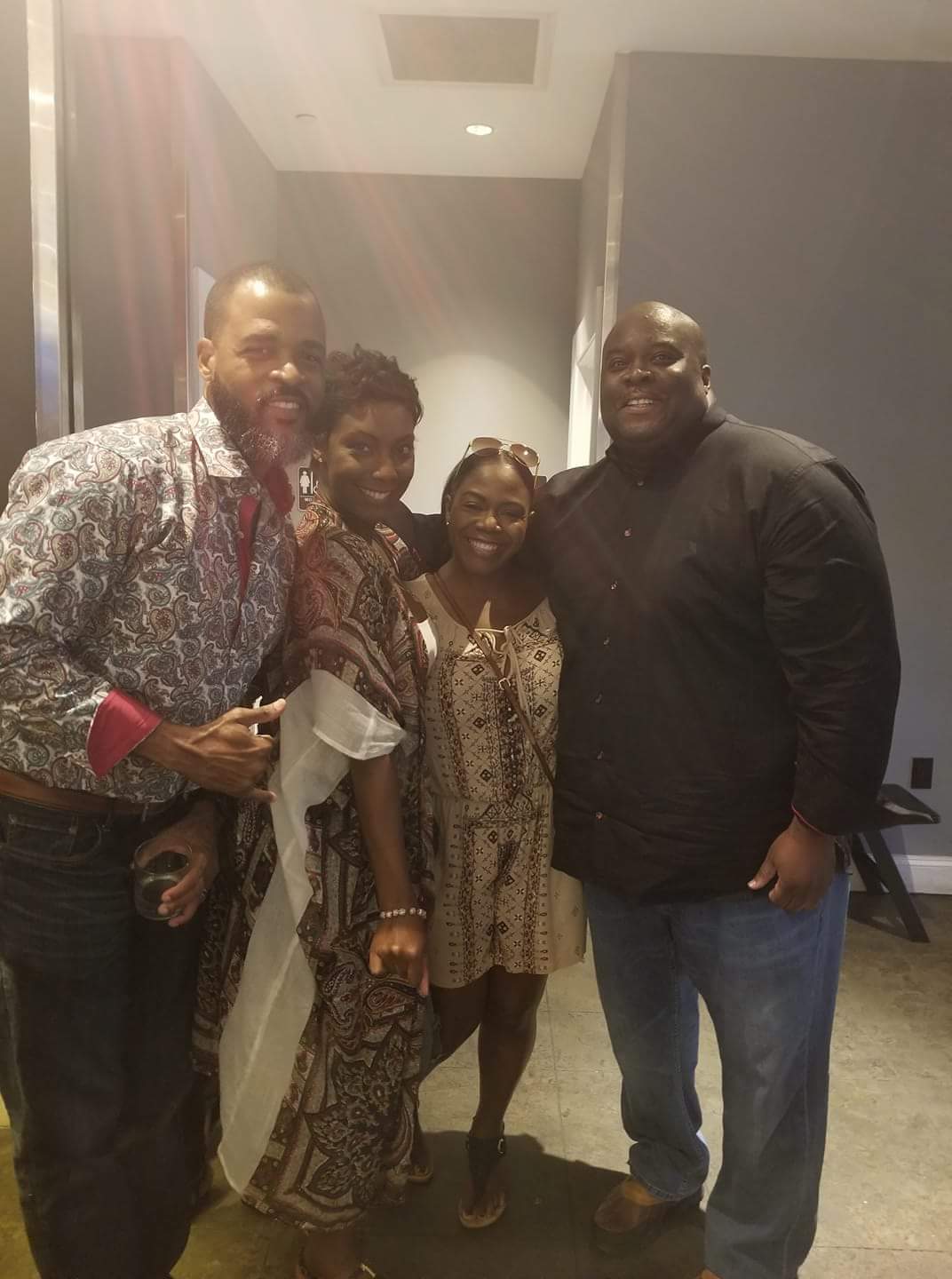 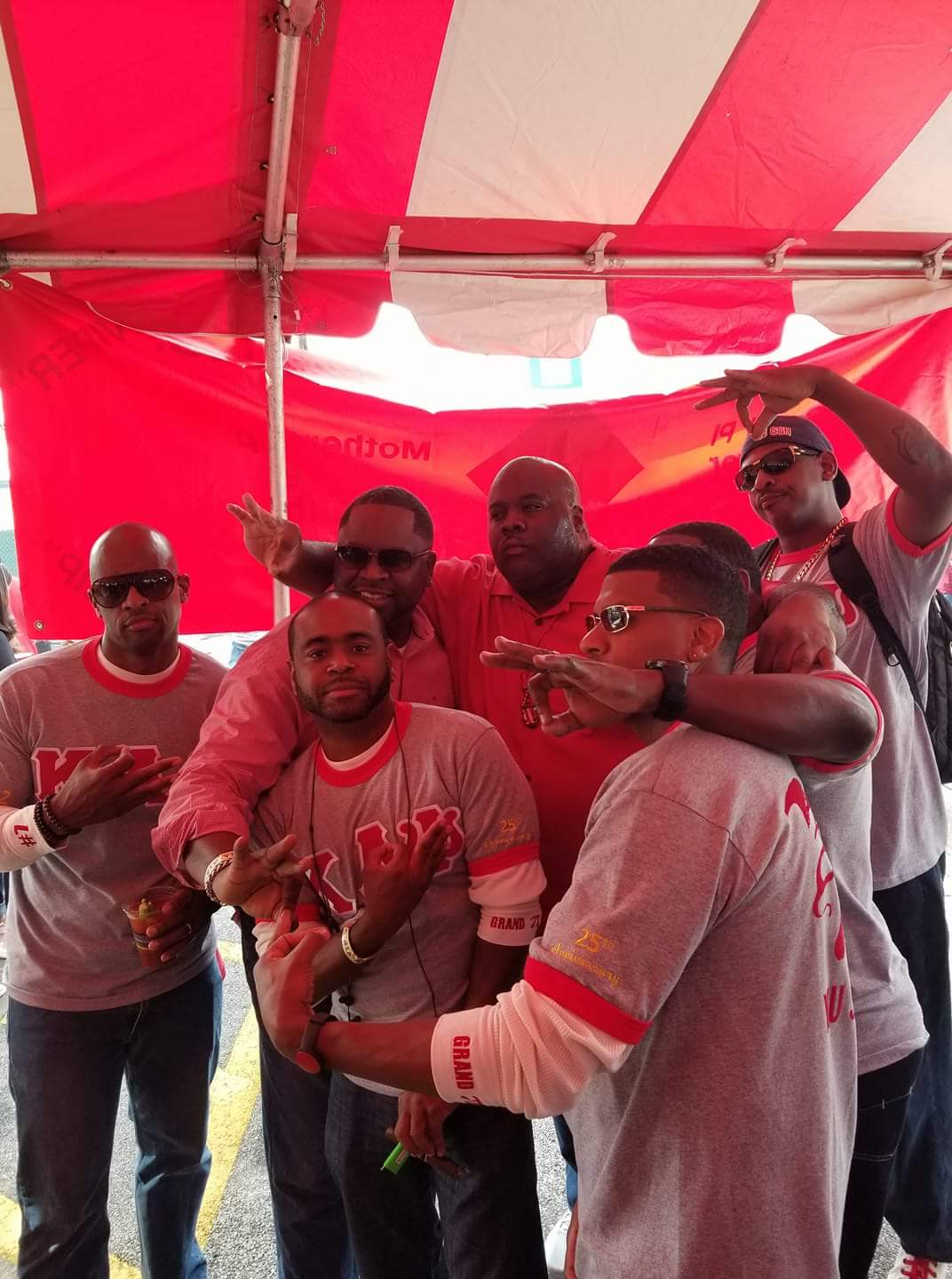 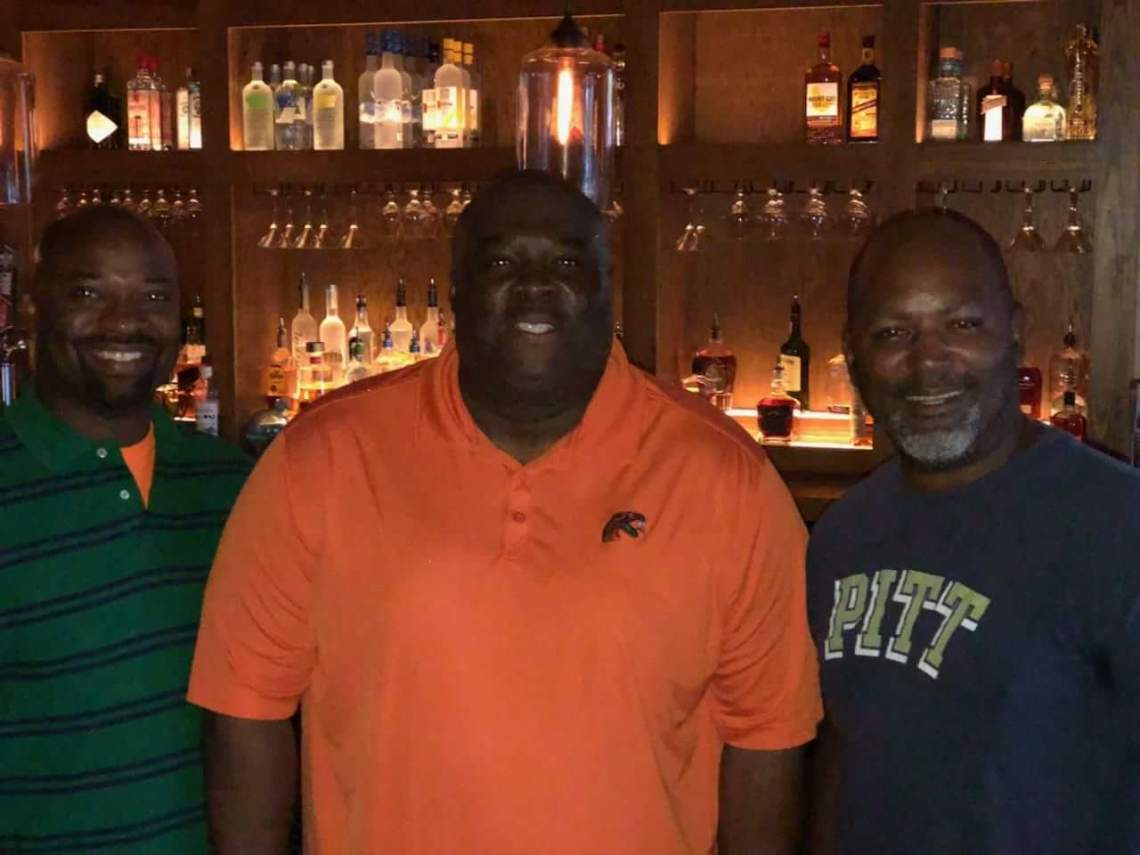 * Yes, I am still pissed off by the late Justice Antonin Scalia’s “Slow Track” Blacks foolishness. I have not forgotten his rhetorical suggestion that Black students would be better off at one of those “lesser” colleges as opposed to the University of Texas. Lesser colleges? Please! Over the past two weekends at FAMU and SpelHouse Homecomings I have bumped into alumni who are members of congress (Nupe Al Lawson and his family, all FAMU grads), gubernatorial candidates in Florida (Tallahassee Mayor Andrew Gillum and his wife, R. Jai, both FAMU grads) and Georgia (Spelman alumna Stacey Abrams). I hung out with one Spelman Sister who is a senior lawyer for the Justice Department who once served under Attorneys General Eric Holder and Loretta Lynch and now works for Jefferson Beauregard Sessions, and another Spelman Sister who is a career State Department officer, and countless other movers and shakers who not only have to be “twice as good” as their white colleagues to thrive, but truthfully, are four, five and six times as good with the only impediments that they have faced being those resulting from, yep, systemic white racism and supremacy.

Again, I will always ride hard for Black Colleges because I know their track records of academic and athletic excellence. Indeed, October is one of my favorite months on social media because each weekend, my Facebook timeline is filled with pictures and stories from my many thousands of real life or social media friends who attended an HBCU. I will always take exception to those White folks and even some quisling, self-hating Blacks who look down upon HBCUs as “inferior.” In 1997, after FAMU won Time/Princeton Review’s “College of the Year,” I told a Black friend of mine at the University of Florida College of Law who had attended Georgetown as an undergrad that if she were to list the famous Black graduates from her school, that it would pale in comparison to the list of famous Black achievers from my undergraduate and grad school alma maters alone, Morehouse College and FAMU. Intimidated, she did not accept the challenge, but when I see the slights from Scalia and others, I am compelled to remind the world of HBCU All-Stars such as Nobel and/or Pulitzer Prize winning authors Toni Morrison (Howard) Alice Walker (Spelman) and Alex Haley (Alcorn State); Philanthropists Reginald Lewis (Virginia Union), Oprah Winfrey (Tennessee State) Earl Graves (Morgan State) and Tom Joyner (Tuskegee); Scientists/Physicians Dr. Lesalle Lefall (FAMU), Space Shuttle Challenger Astronaut Dr. Ron McNair (NCA&T), Secretary of Health and Human Services Louis Sullivan and US Surgeons General Henry Foster and David Satcher (all three being Morehouse Men); Philosopher Dr. WEB Dubois (Fisk); Legendary Athletes Bob Hayes and Althea Gibson (FAMU), Wilma Rudolph (Tennessee State), Edwin Moses (Morehouse), Jerry Rice (Mississippi Valley) and Walter Payton (Jackson State); Entertainers Sean “Diddy” Combs, Debbie Allen, Phylicia Rashad and Taraji Henson (Howard) as well as Common, Anika Noni Rose, Rob Hardy and Will Packer (FAMU); civil rights icons Walter White (Clark), Nobel Peace Prize Laureate Dr. Martin Luther King, Jr. (Morehouse), Ralph Abernathy and Fred Shuttlesworth (Alabama State), U.S. Rep. John Lewis (Fisk), former UN Ambassador Andrew Young (Howard), Jesse Jackson (NC A&T) , Joseph Lowery (Alabama A&M/Knoxville College/Paine College) and of course the great Dr. Mary Mcleod Bethune, founder of Bethune Cookman University.

In the words of another legendary DJ and FAMU alum, Joe Bullard, where HBCUs are concerned, “the difference is clear,” and as yet another Homecoming season comes to an end, may we all remain inspired to achieve greatly in our efforts to uplift our race and bring this nation closer to “a more perfect Union.”